Certified KAATSU Specialists can receive KAATSU Magazines and access the library of KAATSU videos and tutorials.

To enable wellness anytime anywhere by anyone.

In 1966, Dr. Yoshiaki Sato first conceived of the concept of Blood Flow Moderation. When he realized modified blood circulation in the limbs helps build muscle through a biochemical reaction in the brain, he continued research and testing to further explore different protocols to maximize potential and safety in athletic performance, rehabilitation and recovery. 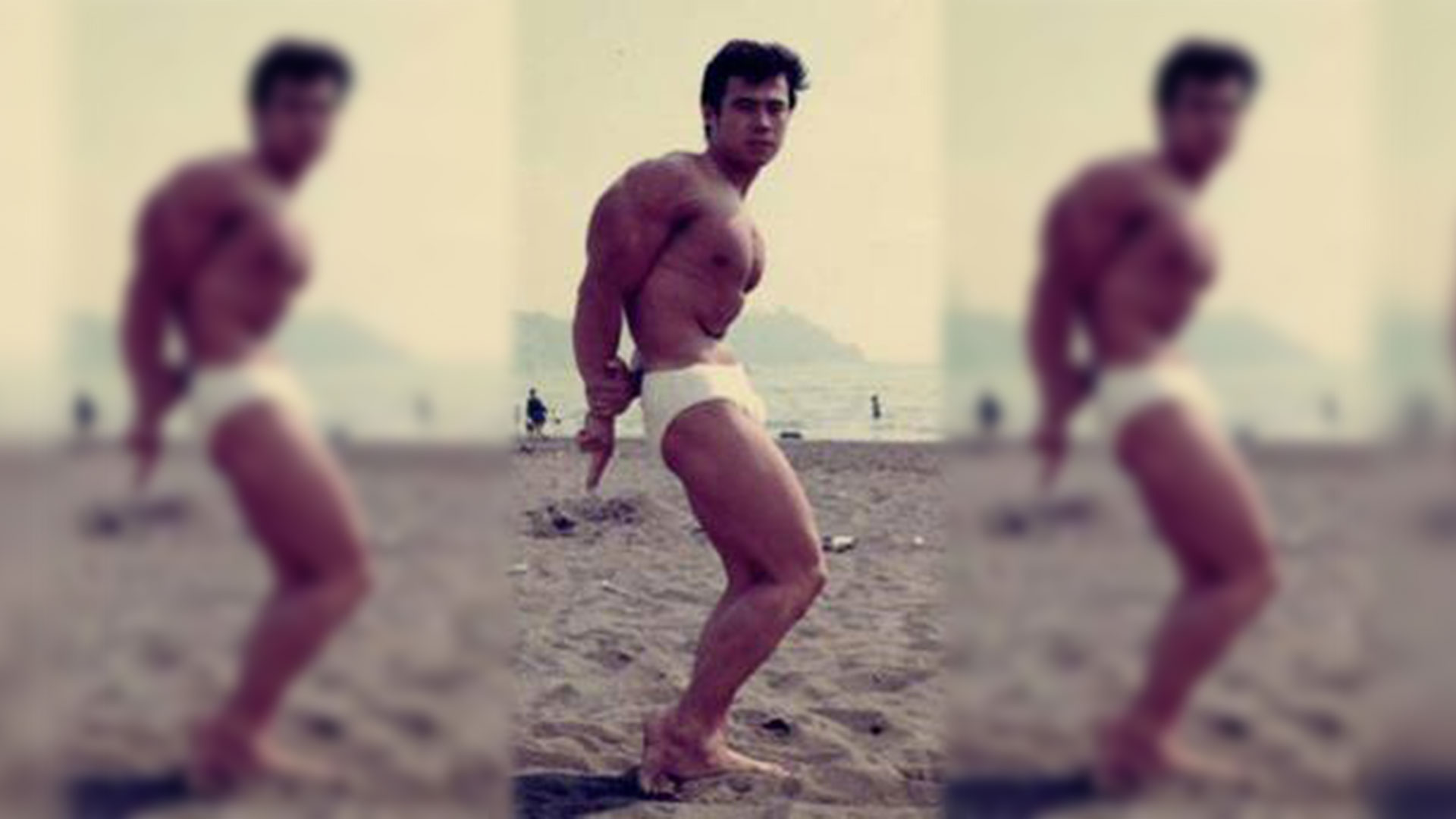 In 1966, Yoshiaki Sato’s legs felt numb while sitting on the floor in the traditional Japanese posture (“seiza”).  He realized that his blood circulation was blocked in his lower legs. This moment of inspiration led him to envision the original concept of blood flow moderation training and to pursuit a lifetime of exploration, research and discovery in the field. 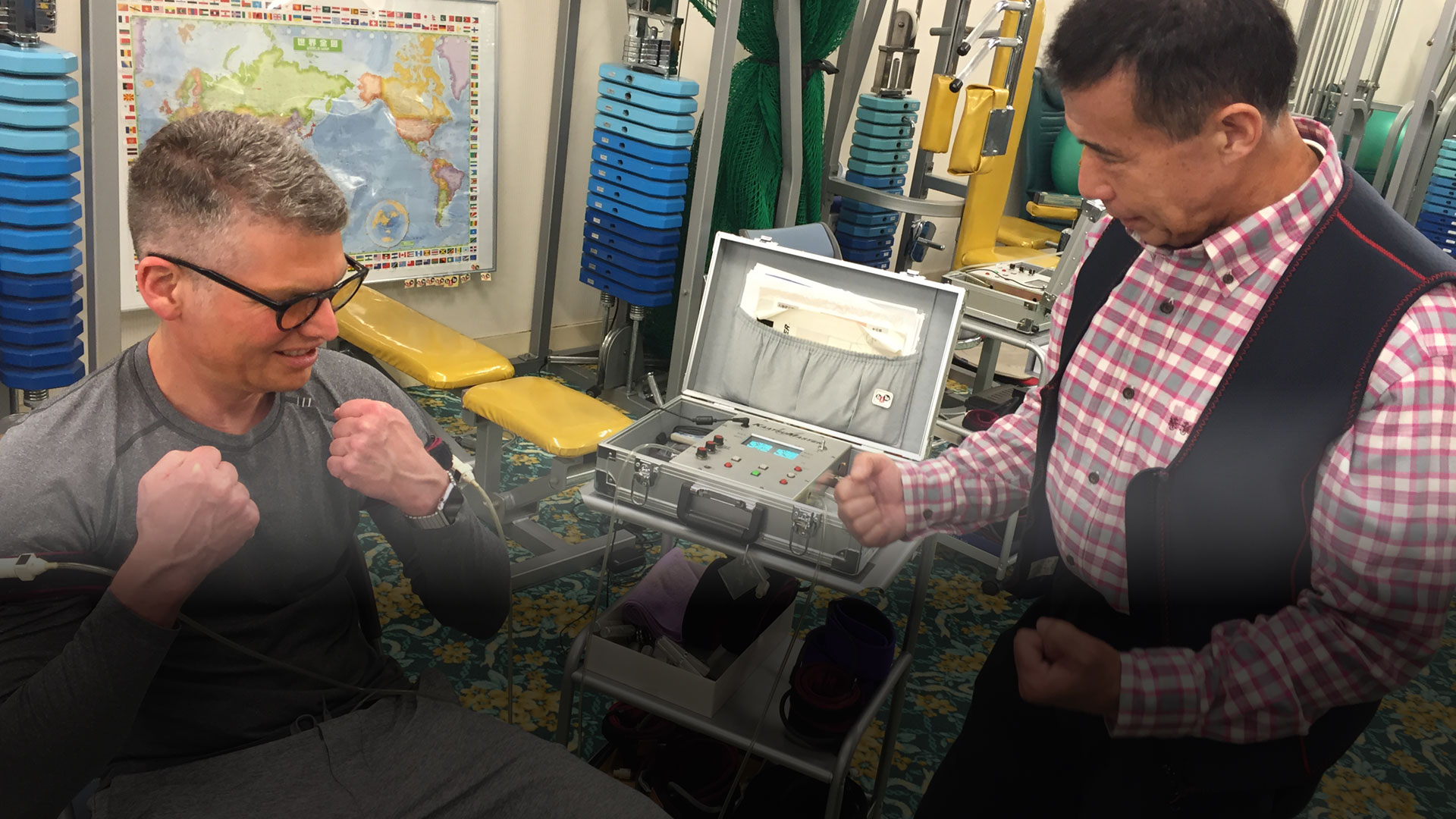 Until 1973, he continued to self-experiment on himself by applying different sizes of bicycle tubes, ropes and bands at different pressures on various parts of his body. He methodically kept track of what type of bands and pressures were safe and worked best. 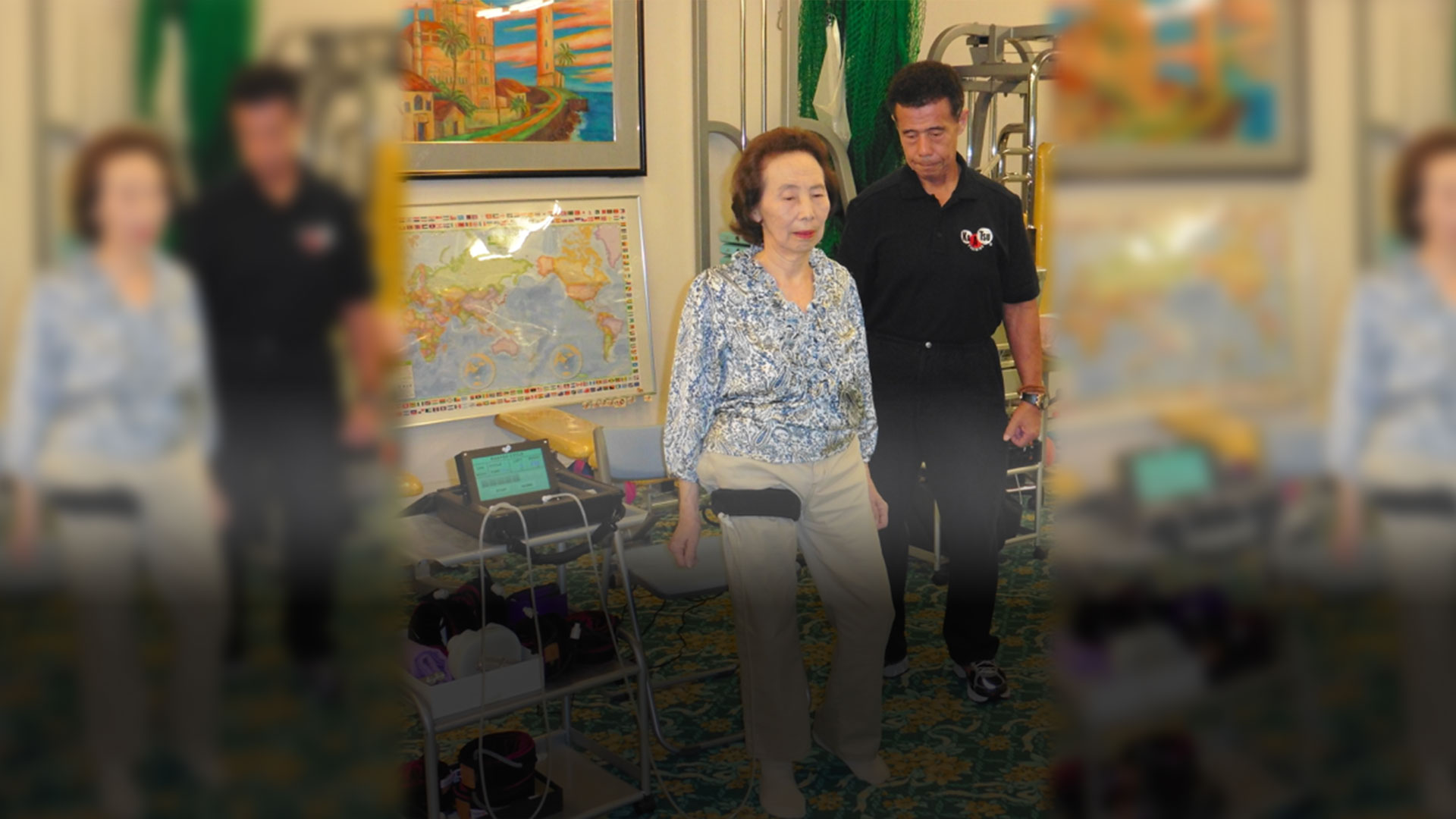 In 1973, he fractured his ankle and tore the ligaments around his knee. With a plaster cast, he rehabilitated himself with elastic bands by repeatedly applying pressure on and off while doing isometric exercises for 30 seconds on and a few seconds off three times per day.  This was the first application of the KAATSU cycle that prevented muscle atrophy during rehabilitation. 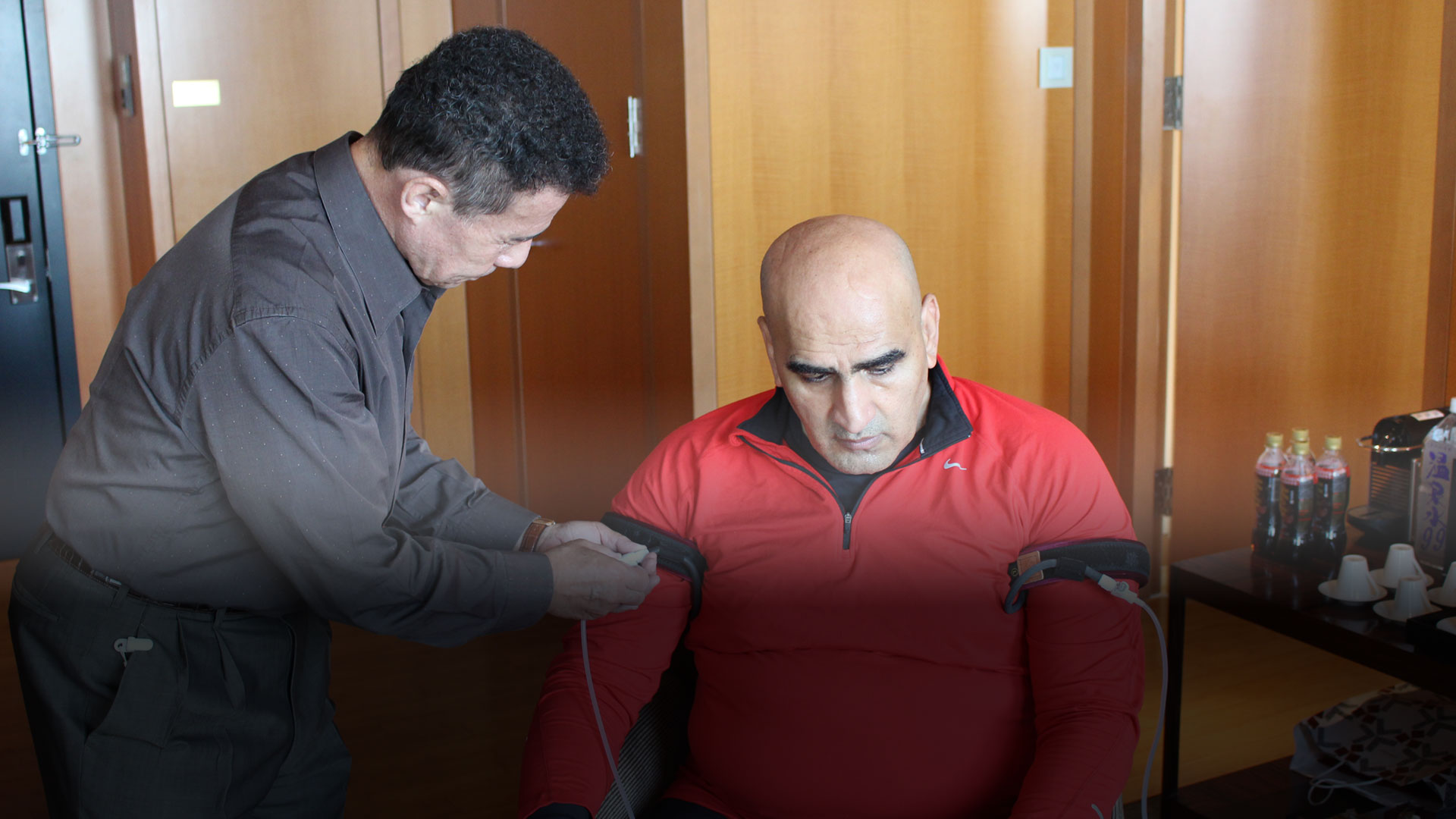 Over the next two decades he applied KAATSU to thousands of clients and learned what worked best for people of all ages and backgrounds with various kinds of afflictions.  He began to teach the fundamentals of KAATSU protocols to scientists, researchers, physicians and trainers in Japan. 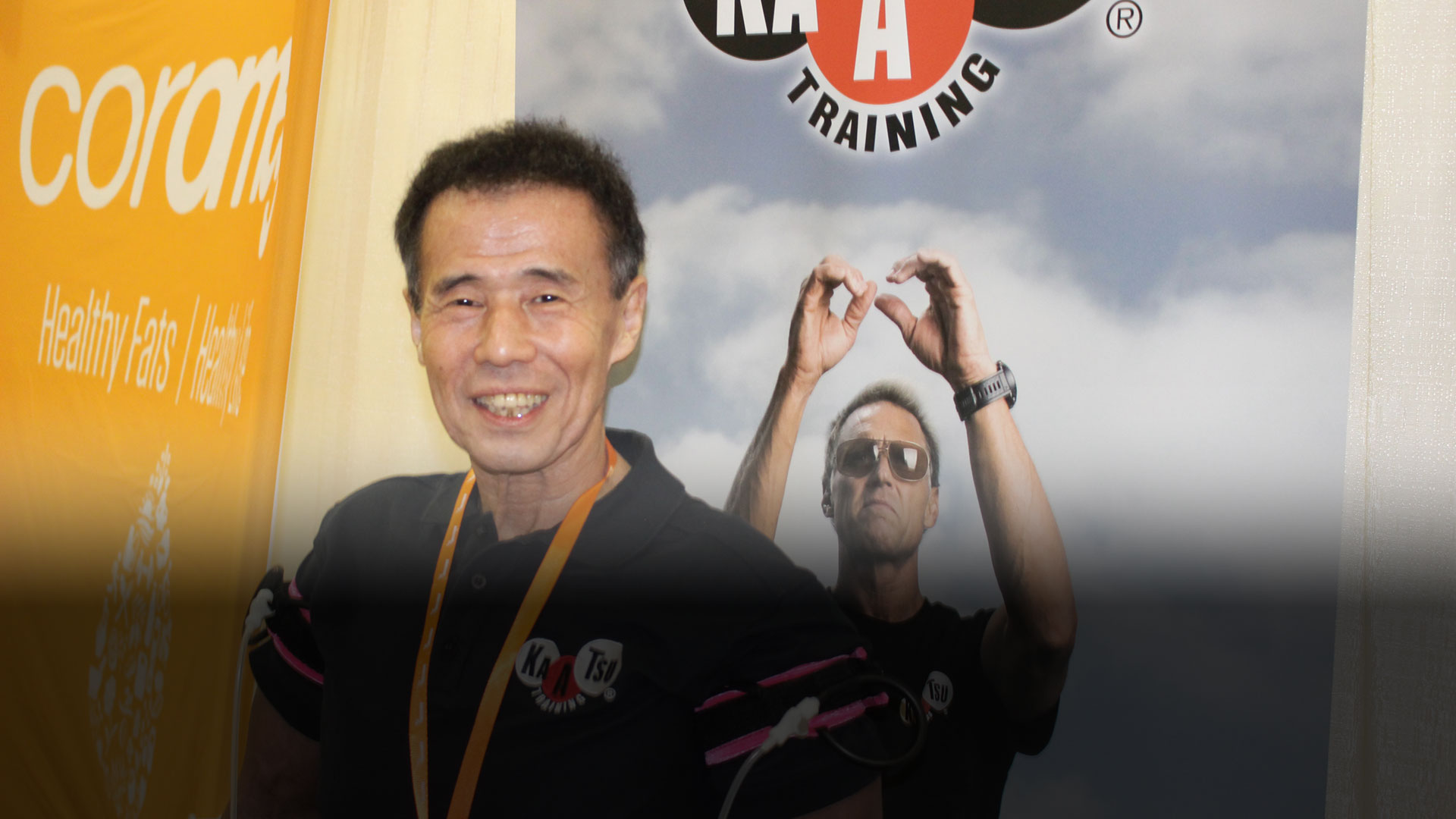 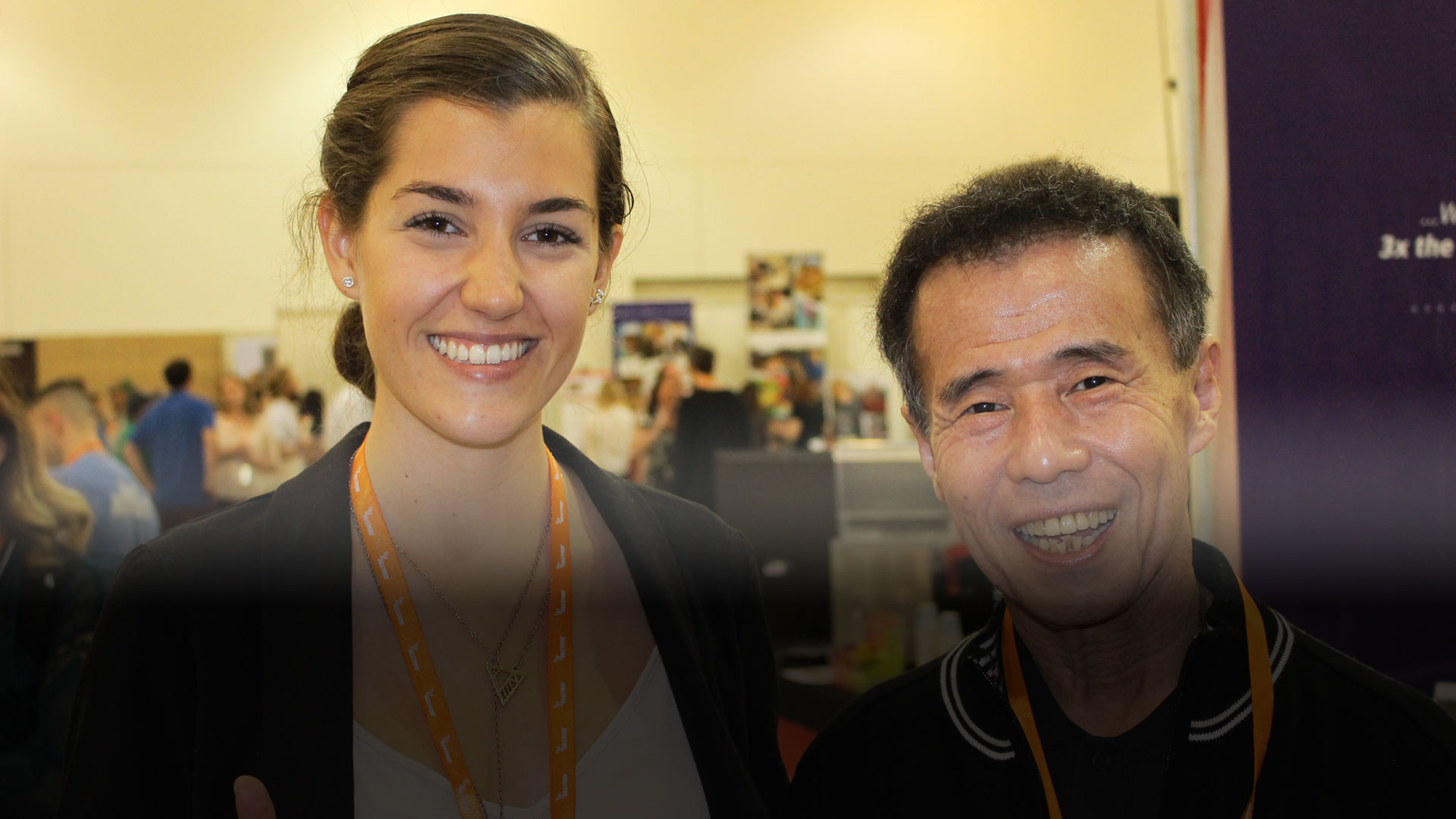 In 1997, Sato introduced the KAATSU Instructor educational program in Japan and he began working with the University of Tokyo Hospital’s 22nd Century Medical and Research Center.  It was introduced in English in the United States in 2014.

Professor Sir Yoshiaki Sato, M.D., Ph.D. invented KAATSU in 1966 and has co-authored over 100 papers on KAATSU in peer-review publications. Dr. Sato holds 48 patents on KAATSU in Japan, United States, France, Germany, Italy, Australia, China, Korea, Canada and Hong Kong. He served as the Chairman of the Department of KAATSU Training Ischemic Circulatory Physiology in the 22nd Century Medical and Research Center at The University of Tokyo and manages the KAATSU Center at the Research Institute of Sports Science of the State General Administration of Sports in the People’s Republic of China. Honored as a Knight Commander of The Ecumenical Medical Humanitarian Order of Saint John Jerusalem, he serves as the Chairman of the Japan KAATSU Training Society.

Steven Munatones has launched new products, services and technologies in the U.S. over the last 20 years. At TOTO Frontier, he licensed TOTO’s sanitary ware technologies outside of Japan. At RealLiveSports, he designed and marketed the ESPN Play by Play, a 2006 Toy of the Year. At Aruze Gaming America, he launched hybrid slot machine reel technology in the gaming industry. At the World Open Water Swimming Association, he utilized 9 years of national team coaching to help shape and promote the new Olympic sport of marathon swimming. The Harvard graduate and certified KAATSU Master Instructor co-founded KAATSU Global with Dr. Sato, the Japanese inventor of KAATSU, to introduce next-generation KAATSU equipment.

Richard Herstone spent the majority of his 45-year career in the financial services industry as a founder and principal of Regency Capital Group, a boutique investment banking firm, Regency International, a large ticket leasing company, and First Atlantic Equipment Leasing Corporation. He served in various appointments in senior management positions including the Interim President of Bungee International and Ryan Telemedicine, Treasurer of Gary Player Golf, and Director of Business Development for Manex Entertainment. The certified KAATSU Master Instructor developed the first waterproof digital MP3 player, the Speedo Aquabeat, and negotiated the license with Speedo International to manufacture, promote and distribute worldwide.

John Doolittle, CAPT, USN (Ret) graduated from the U.S. Air Force Academy in 1992 and transferred to the U.S. Navy to work in the SEAL Teams. During his 25-year career in the Navy, he was deployed around the world conducting special operations in Afghanistan, Iraq, Africa, Kosovo, Bosnia, and many other “hot spots” around the world. He retired as a Navy Captain after his last assignment as Director of the Preservation of the Force and Family (POTFF) Task Force at U.S. Special Operations Command (USSOCOM) headquarters; supporting 73,000 Navy SEALs, SWCCs, Army Rangers, Green Berets, Night Stalkers, Air Force and Marine Special Operators. John is a certified KAATSU Master Instructor, a NAUI Dive Instructor, has an MS in Defense Analysis / Irregular Warfare / Special Operations from the Naval Postgraduate School, and lives in St. Petersburg, FL with his wife and three kids.

With over 18 years of experience in design and marketing, Rafael Polendo has acquired a diverse skill set for developing creative solutions. He has served as Creative Director for a network of wealth management companies as well as a UX Manager for Taco Bell corporate. His eclectic experience includes branding and messaging, web design, user experience, photography, product design, book publishing, videography, and advertising. He is a certified KAATSU master instructor, self-proclaimed "gadget-guy," and aspiring biohacker.

Chris Morgan earned a Bachelor Degree in Biology from the University of California Davis and Masters Degree in Human Movement and Sports Science in Switzerland before becoming a KAATSU Master Specialist and the KAATSU Aqua Master Instructor. He is the Head Coach of Crimson Aquatics in Boston and has utilized over 20 years of collegiate and elite swimming to develop the KAATSU Aqua program and protocols. He coached at Stanford University under Richard Quick, Harvard University where he started to incorporate KAATSU Aqua in his training programs, Boston University where he uses KAATSU Aqua with older adult swimmers, and at Crimson Aquatics and Gator Swim Club where he uses KAATSU Aqua with young competitive swimmers. He coached 15 years in Switzerland with 4 years as the National Team Coach and the 2008 Olympic Swim Team Coach.

Cory Keirn, DPT, OCS, CSCS, TSAC-F, earned a Bachelor of Science degree in Applied Physiology and Kinesiology from the University of Florida and a Doctorate in Physical Therapy from the University of Central Florida. After graduation, Dr. Keirn was accepted into the Veterans Affairs residency program to become an Orthopedic Clinical Specialist. He is a Certified Strength and Conditioning Specialist (CSCS) and a Tactical Strength and Conditioning Facilitator (TSAC-F) through the NSCA. Dr. Keirn has experience coaching and treating a wide range of patients including orthopedic surgeries, joint replacements, professional athletes, young adolescents and U.S. Special Operations Command (USSOCOM) soldiers / sailors / airmen. Dr. Keirn has worked for the World Wrestling Entertainment industry and the Philadelphia Phillies as a strength coach. Today, he primarily works with active duty soldiers and retired military veterans, but he also loves to coach young kids and teenagers. Dr. Keirn is currently researching how to integrate KAATSU protocols with physical therapy to improve rehabilitation techniques for the aging population and high level USSOCOM forces including Navy SEALs and Army Special Forces. As the son of a professional wrestler, and the grandson of a 2 time P.O.W. Air Force Colonel, Dr. Keirn’s personal mission is to improve the health and wellness of those who sacrificed their body to support their family and their nation.